In this post, I will discuss the reverse movement of your self-propelled mower.

Can a self-propelled lawnmower go backward?

Scroll on to read a lot more detail about the facts on the reverse movement of your self-propelled lawnmower and the safety concerns involved in the rearward movement.

Can a self-propelled mower go backward?

It runs on its back pair of wheels instead of the front ones. It is most effective when used with a bagger because the weight of the bag will cause its front end to rise when this bag flips up. While the front-wheel drive (FWD) models are easy to operate allowing you to turn them by just tipping their front wheels to lift them off the ground, they work best on the flat plain lawns.

When you pull its engagement lever back to disengage the blade and drive of your self-propelled lawnmower, you are free to pull it backward, push it forward or go sideways, anywhere you wish to move.

On your self-propelled lawnmower after you release its drive handle then if you move the lawnmower forward a couple of inches and pull it back then it always allows you to go rearwards. If you release its drive handle and pull it back, sometimes it will not move back. You will have to again push it a couple of inches frontwards, you will find that it does go backward now.

Each wheel on your self-propelled lawnmower has a ratchet. The reason for the ratchet is to allow free wheel motion when going rearwards. The woodruff key within the ratchet assembly catches its perpendicular slope when your lawnmower is driven.

When you try to pull your lawnmower backward the inclined slope of the ratchet assembly pushes its woodruff key back into the key seat of the shaft to let it wheel freely. Before planning a backward grass mowing, it is necessary to survey the height of your grass, its dryness or dampness, remove any obstacles and grease the mower’s belt, handle, drive bar, internal ratchet teeth, springs, shaft key seats, and woodruff drive keys.

Should you mow backward?

Self-propelled lawnmowers can throw out debris with extreme velocity and power. The blades of a self-propelled push lawnmower can injure a careless user. Some latest models come equipped with a dead man’s switch to immediately disable the blade rotation when the user is no longer holding the handle.

In the United States, over twelve thousand people per year are hospitalized as a result of lawnmower accidents. These accidents can be prevented by wearing protective footwear when mowing. The American Academy of Pediatrics recommends that children be at least twelve years old before they are allowed to use a walk-behind lawnmower and at least sixteen years of age before using a riding mower.

The expanding market has mandated that the major and the most popular manufacturers make self-propelled lawnmowers that have a backward movement feature/specification. There is an alarming safety concern of backward lawn mowing that an average of one child per day is knocked over by a self-propelled lawn mover going rearwards. Customers continue to ignore safety concerns and statistics, so I must explain the logical reasons why backward lawn mowing is not safe.

When you mow backward your visibility is blocked. You will have to alter your vision line. There is a risk that you to fall into some ditch, collide with a garden ornament or worse of all your young child or pet.

Some self-propelled lawnmowers have protective flaps to prevent injury to your foot, make sure the flaps on your mower are in good condition, otherwise, you are at the risk of cutting off your toes. If your jeans or skirt is too long there is an additional danger of it getting entangled in the mower blades while mowing backward.

If your lawn is hilly with numerous steep slopes, there is an even greater risk of falling down when trying to mow backward. The mass of the machine combined with your body mass creates greater chances of losing balance and tripping over with the machine rolling over your body. This can be life-threatening.

Some self-propelled lawnmowers will not perform any better when moving backward. Your grass does not get discharged beneath its deck. When you force its blades to run in reverse, the cut is uneven, unbalanced and irregular, many blades of grass will remain intact and untouched resulting in an unpleasantly choppy lawn.

Make sure your jeans are ankle-high to prevent the freshly chopped grass from striking against your legs. Put on the most sturdy shoes, a pair of garden gloves and goggles to keep yourself safe. Never light a cigarette when lawn mowing.

Can a self-propelled mower be pushed?

When moving and using its drive clutch lever to change self-propelled speed, you must continue to fully hold its blade control lever against its handlebar. It will help prevent damage to its blade control mechanism. You must use its shift lever to change its maximum speed so you may be able to hold its drive clutch lever comfortably against its handlebar as you wish to mow.

Remember never to use its throttle lever to adjust your forward speed because the position of its shift lever determines its maximum ground speed when its drive clutch lever is fully engaged.

With its shift lever, all the way back and the drive clutch lever engaged, the mower will move slowly or not at all.

To conclude this response post, I would say, No, your self-propelled lawnmower cannot go back under power, it can go backward manually by hand. It has only one forward speed. It can be pushed. 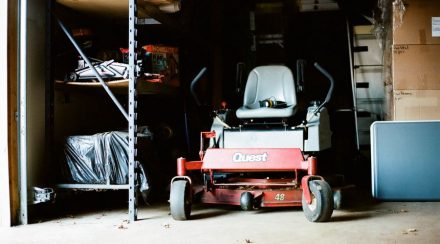 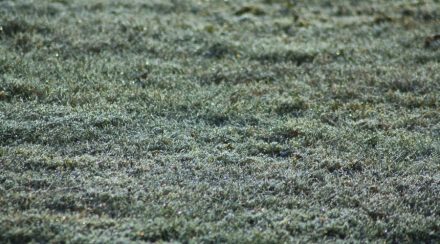 Prepare Your Lawn for The Winter
Categories: Lawn Mowers 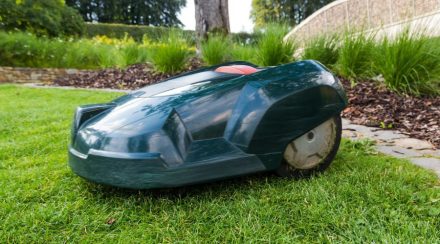 Prepare your Robot Lawnmower for the winter
Categories: Lawn Mowers