An axe is one of the most ancient tools ever created and used by mankind. Even though a chainsaw is used by people all over the world, an axe still is the best choice when performing some specific tasks.

There are several reasons why you should use a chainsaw:

There are things that an axe does better than a chainsaw.

I will now discuss both of these tools in detail. Let us find out the detailed differences.

The Anatomy of a Chainsaw

A chainsaw is an automated portable machine that cuts with a set of blades that are attached to a chain which rotates around a guide bar. A chainsaw is used to do things such as pruning, tree felling, bucking, harvesting of firewood, limbing and much more. The tool first came around 1830.

Later on, it was modified several times. The chainsaw consists of different components, all of which together create the machine. These components include;

When using the traditional carburetor, it has to be adjusted by the user. If the carburetor vibrates a lot, you may feel exhausted quickly. You can reduce this problem by de-vibrating the carburetor of your chainsaw. The carburetor can also get overheated.

The guide bar is an elongated bar that has a round end of wear-resistant steel which is typically 40 cm to 90 cm long. The bar has an edge slot which guides the cutting chain. The loop style bar which is called the bow bars were once used.

The guide bar controls the path of the cutting chain and it keeps the chain intact with the machine so that it does not fall out and cause grave injuries.

The drive mechanism is made typically out of a centrifugal clutch and a sprocket. The clutch expands depending on the speed of your chainsaw. There are mainly three purposes that the clutch serves:

The safety bars are laminated bars which have small sprockets at their nose. These small noses help to reduce kickback while engaged. The safety bar also helps in absorbing the vibrations and reduces strain while you are working.

The cutting chain is attached to the guide bar which keeps on rotating the chain.

The tensioning mechanism allows the user to be more careful while he/she works, by adjusting the level of tension in the cutting chain so that the chain does not accidentally bend or come off the guide bar. It is controlled either by turning a screw or a manual wheel.

The chainsaw has many crucial parts, but these parts listed above are some of the primary components that most chainsaws have.

The Anatomy of an axe

An axe is an ancient tool used by humans to cut trees and to collect wood. An axe is a really simple tool capable of doing many things if it is used properly. An axe is mainly built of two parts which are an axe head and axe haft.

These two parts also have their subparts. Let us read some more detail about them now.

The axe head is traditionally bound by the bit (which is the blade) at one end and the poll (also known as the butt) at the other end. Even though this is the most common and traditionally used type of axe head, there are many different kinds of axe heads used globally which have bits at both sides. The axe head has many components such as the cheek, the eye, the poll/butt, the beard, the heel, the shoulder. These components altogether create an axe head.

Axe haft is also called the handle. The handle was traditionally made out of wood. But there are many kinds of hafts which have steel or other materials used in them.

The wooden haft is the most efficient one as it absorbs the shock and vibrations completely. Different axes have hafts with different lengths. The haft has different parts which are the belly, the throat, the grip and the knob.

These components altogether form the haft, also commonly known as the handle.

The chainsaw and axe compared

I have explained the detailed anatomy of both chainsaws and axes above. You have now learned the details about these tools and know the appropriate use of them. Along with that, for anybody who does not have the patience to read all that stuff, here is a quick list of the parts below.

Take a quick look at it and you can easily understand the parts of these tools.

I hope you have already understood the proper differences between the use of a chainsaw and an axe. I have given a detailed discussion above, between the two tools. Now that you know their details you can easily choose the type of tool depending on your needs, situation, budget, climate, and your physical health.

I am a professional who has worked as a lumberjack for a hobby. I have tried to tell you everything as thoroughly as possible. I have first introduced the two tools upon which the entire discussion is based on.

I have explained what the tools are and also the details of the components they have. I hope by reading them carefully and by understanding the tools properly, you now know which tool to use and when. If so, then I’m glad I must have been able to help you answer the question, ‘is it ever better to use an ax over a chainsaw?’ 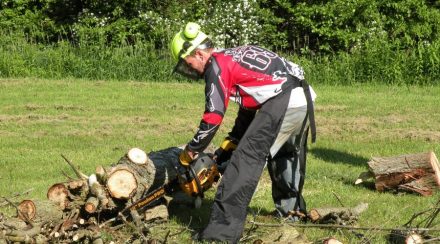 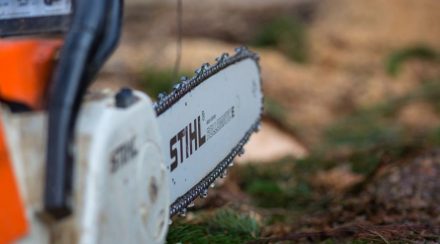