When the winter comes around, it is necessary to make preparations for the activities that come with the change of season. Out of all the activities, snow blowing has become one of the most important for many homeowners, especially for those living in regions with frequent snowfall. When the climate is dry, snow blowing tends to be done with so much ease, since the snow itself would also be very dry and easy to blow off. For people that live in wet, snowy climates, they can testify that the task of clearing such snow is much more difficult and generally requires a stronger snow blower to do the job properly. It is, therefore, necessary that only the best snow blower be used in this situation.

How Much Snow is Needed for a Snow Blower?

How Much Snow is Needed for a Snow Blower?

If you live in a place that experiences regular or heavy snowfall (up to 3 inches deep), the best tool for clearing this would be a snowblower. If you plan on cleaning a small to a medium-sized patch of snow 3 to 9 inches deep, your best option is a single-stage snowblower.

If you’re dealing with a medium to large space that has wet, heavy snow, we recommend a two-stage or three-stage snowblower. Using the right snowblower is important if you want to rid your yard or driveway of excessive snow with less effort. Below we’ll discuss types and stages of snow blowers, this should help you make a selection

Electric snow blowers often have a small engine and are only capable of clearing a light amount of snow (not up to 12 inches) from sidewalks and small driveways. Because they are extremely lightweight, electric snow blowers are mostly used on decks and areas where their larger and gas-powered counterparts don’t fit. Other benefits come with the electric blowers: they are virtually maintenance-free and also eliminate the need to change oil or fill up. For an electric snow blower, all you need is a functioning cold-weather extension cord and an electrical outlet, and you’re good to go.

These are the 2 types of electric snow blowers:

Corded blowers require a long, flexible cord that can withstand extremely low temperatures (cold weather extension) to function properly. You’ll also need an electrical outlet to plug it into and probably an extension cord so that it can reach long driveways. So if your driveway is very long, you’ll need to get a cord long enough to cover the distance.

Corded single-stage blowers can remove up to 12 inches of snow on a small driveway.

Cordless electric snow blowers as the name implies, do not require cords to operate. All you need to do is plug it into a standard outlet to charge and disconnect when the battery is fully charged. With this model, the battery power is a major factor you cannot take for granted, so before you choose a model that suits your task, make sure you compare their expected battery life. Additionally, electric snow blowers tend to weigh less than the gas blowers, making them easy to maneuver and push around. They also provide a push-button starting mechanism which makes them easier to start than the pull cord feature of many gas blowers.

Cordless single-stage blowers can remove up to 12 inches of snow on a small driveway.

Of all the stages, single-stage blowers are the lightest, smallest, and easiest to handle. They come with a single high-speed impeller that can scrape the snow off the ground and sends it out through the discharge chute. These types of snow blowers have some basic features and accessories that make them great for suburban areas with a moderate amount of snowfall.

Although they vary from one brand to another, most single-stage blowers are typically 18-22 inches wide and can handle snow of about 8 – 12 inches.

They are preferable for clearing your sidewalks, steps, and short driveways. While they have a great amount of clearing power, many single-stage snow blowers are smaller and lighter in weight, making them great options for many homeowners to keep their driveways, steps, decks, and patios clear. Besides, they can break up and clear compacted snow, but you must attack it early before it solidifies. For an easy job, break down the larger areas into chunks using a shovel.

Two-stage snow blower units make use of a slow turning impeller that gathers snow and moves it to the center of the housing. Here, the gathered snow is forced through a high-speed impeller that propels the snow out through the chute.

These models are specifically designed to handle heavy snowfall with depths of more than 12 inches on large driveways.

These strong machines have heavier and sturdier designs, helping users to handle deep and heavy snow without having to stop or slow down.

The two-stage units have a horizontally positioned impeller that gathers snow and pushes it towards a separate, rotating impeller that in turn ejects it through a chute. This machine can throw snow up to 50 feet from where it gathers, making it easier for you to clear out large areas without having to pile up snow only to move it again.

Most of these units are self-propelled. They have ranges of speed from which you can change. They also have a larger engine and impeller, which allows them to be able to chew into compacted ice and snow easier and faster than their single-stage counterparts. They can handle more amount of snow within a short time.

The impeller responsible for sucking up the snow does not make any contact with the clearing surface. You can easily clear snow even on gravel driveways or crushed stone surfaces. You can also use them on gravel and concrete without having to worry about destroying the surfaces. They have taller buckets, which are capable of chewing through snowdrifts and pile-ups, like those on the end of your driveways or mailbox. When it comes to clearing large and deep expanses of snow, the wider and more powerful two-stage snow blower is your best option.

Three-stage snow blowers are the most powerful and efficient snow blowers available on the market. Unlike the others, they have two metal impellers that are responsible for scooping up snow and ice.  After scooping up ice and snow, they push it towards the center of the unit where an accelerator chops the snow and pushes it through the impeller, sending it out of the chute at a high speed. These units are very powerful and efficient in clearing out snow. A three-stage snow blower can remove heavy snow or ice 50 times faster than a two-stage blower of the same size.

Three-stage snow blowers are designed to handle heavy snowfall of up to 20 inches in depths, on large driveways or roads.

If you’re worried about the snowplow leaving frozen walls of snow at the end of your driveway, a three-stage snow blower can throw as far as 50 feet.

Once you understand the features of these snow blowers, you’ll be able to decide what type you need. We hope that this piece has been helpful. Good luck! 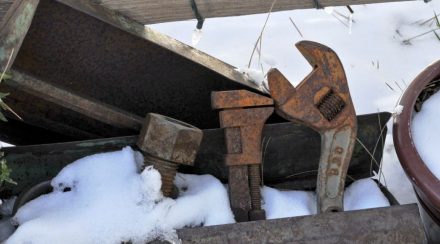 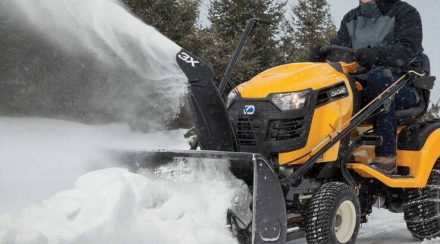 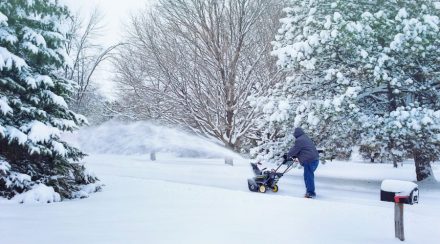